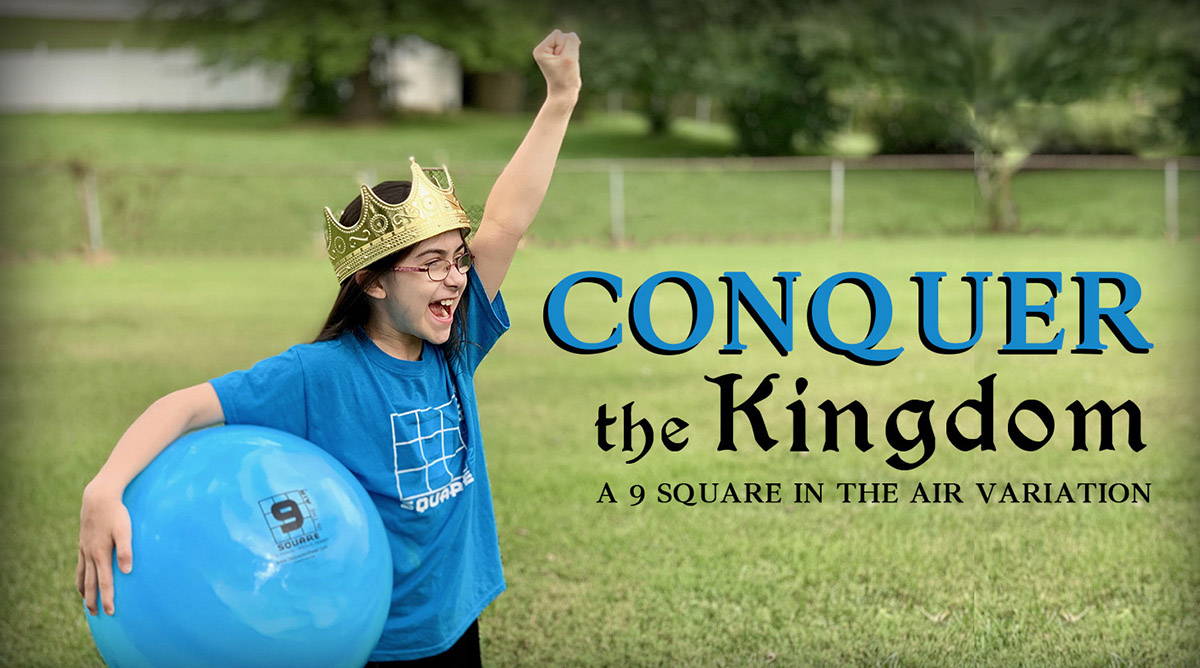 “Conquer the Kingdom” is a 9 Square variation that is all about domination. A group of 18 or more players is divided into two teams, and they don’t just want to occupy the King/Queen square—they want to invade the entire game.

The goal of “Conquer the Kingdom” is to fill the entire 9 Square grid with players from one team.

This is a great game for large groups (18+) and a fun game for building team camaraderie. Teams get charged up and cheer for their team, especially when there are only a few remaining spots left to dominate.

1.) Divide your group into two teams. Using colored tape or ribbon can help identify who is on which team.

2.) Flip a coin to determine which team (Team A or B) will start with someone in the middle square (King/Queen). The next square is filled by a person from the opposing team, and then this pattern (A, B, A, B) continues as the game is filled and the line continues. Encourage the teams to create fun team names!

3.) The server must serve to someone from the opposing team, and then normal “9 Square in the Air” rules are played.  When players are out and return to the line the (A, B, A, B) pattern does not have to continue. Your goal is to target players who are not on your team, and try to get them out of the game.  It will get intense as one team begins to dominate!

4.) The game ends when all 9 players in the game are from one team—the victors of “Conquer the Kingdom!”