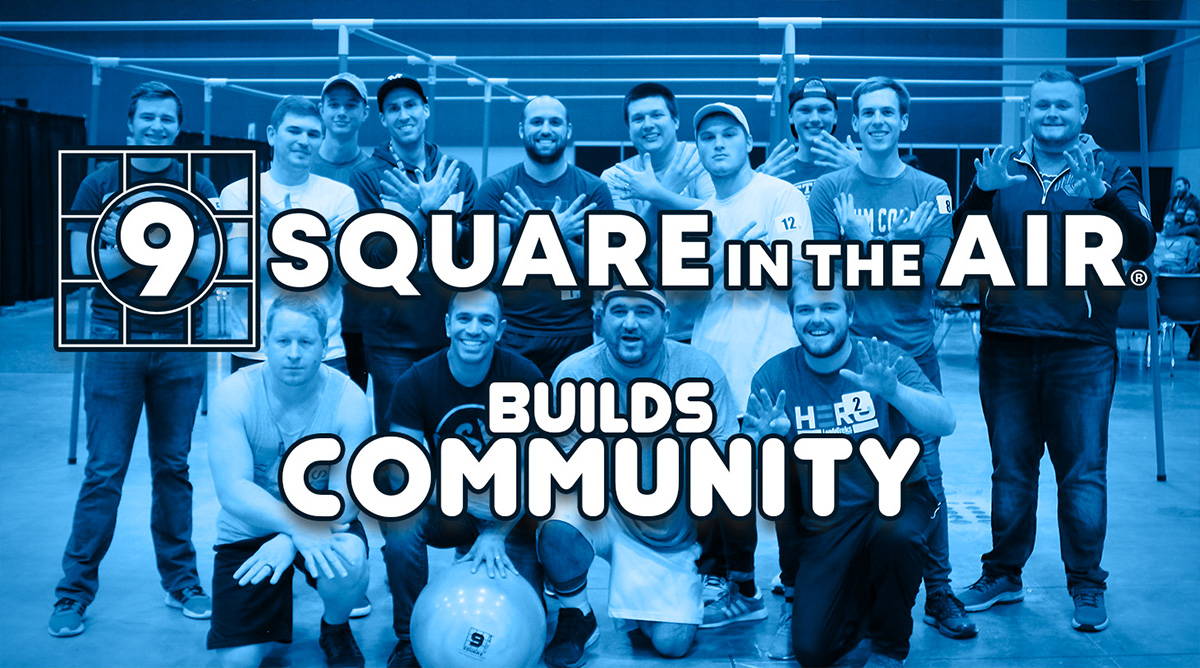 Over the years, we have seen firsthand how 9 Square in the Air builds community among groups. In fact, how the game helps to build community is the number one piece of feedback we receive from our customers. Whether it is a group at church, camp, school, park, family reunion, etc., 9 Square in the Air helps people to connect, have fun, and build relationships. There’s just something about a game that is new to everyone, but also includes elements of games that are familiar to most people to level the playing field and allow them to have fun together. We have thousands of customers who play 9 Square in the Air with a wide variety of ages and skill levels. Some groups play competitively, but most play just for fun. Most groups that play the game end up learning each other’s names and sharing stories.

I was playing the game one time in Chicago with a group of college students who did not know each other and were from all over the country. Within five minutes of playing the game, they all knew each other‘s names, and we were laughing and playing together. We have heard from customers who have taken the game on church mission trips to many countries around the world where there was a language barrier between the mission team and the local residents. Once the team set up 9 Square in the Air, kids were drawn to play the game, and despite the language barrier, everyone was playing together, laughing, and laying the groundwork for healthy relationships within just a few minutes.

Every year at one of our favorite conferences for youth pastors, we host a tournament during the exhibit hall hours. This has become an amazing way for youth workers to connect, compete, and build community. Hundreds of people enter the tournament and play 9 Square in the Air together. It works with adults in the same manner it does with children and teens: it gets people smiling, laughing and talking. Every year, we hear from youth workers that this was a highlight of the conference because of the fun they had and the relationships they built.

We would love to hear your story of how 9 Square in the Air has helped to build community among your group!